Have you ever noticed how negativity spirals?

You’re chatting with a group of friends and one person starts talking about their crappy day, then another person chips in with, “Oh, I hate it when that happens, I had the same thing last week….” and before you know it you’re all sitting there miserable, angry at the world and feeling powerless to change it?

Or maybe it’s the same in the privacy of your own mind. One tiny thing sparks your annoyance, which takes you back to an argument you were having last week and then no matter what you are physically doing in the real world, on the inside you’re raging. Even the nice things like walking the dog or playing with the kids become tainted by that angry dialogue. It’s endlessly playing out so only you can hear it. It seems as if you’re drowning in negativity.

And it’s seductive, isn’t it? It feels good to mentally get one over on someone else or just plain prove them wrong. Well, it might feel good for a minute but actually, it doesn’t last. Negativity doesn’t help you to get things done. It uses up precious time and robs you of the clarity and freedom to create something wonderful.

So how do we reclaim our minds, time and productivity? Can we? It certainly sometimes feels like we are totally at the mercy of our mental chatter. There’s a simple way to interrupt that downward spiral and set ourselves back on a positive, productive track. It has a few names, but for now let’s call it ‘Releasing’. 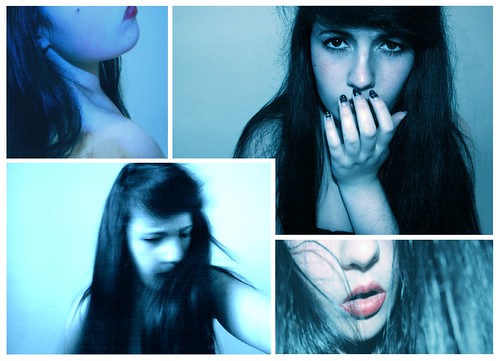 The first thing to do is to catch the thought or feeling – whether it’s anger, anxiety, jealousy…..whatever it is.

And then, just give yourself permission to feel it.

Ask yourself the question, “Could I allow myself to fully feel as angry as I do about (whatever it is)?”

At this point, it’s not uncommon for the mind to want to get involved and help out. It might conjure up some memories, or further dialogue on the current theme or, “This is stupid” type thoughts…..but that’s okay.

Just notice that, then put your attention back on what you can feel.

And then you ask yourself, “Could I let this feeling go?”

Could you? If your answer is yes, you can move to the next question.

“If I could let it go, would I?” Would you? If so, you can move to the next question.

Is It Really That Easy?

What happens, though, if at any point during these three questions your answer is “No”? It’s a perfectly valid answer and it’s

better to be honest with yourself than to say yes and not mean it.

Ask yourself the question again. And again, if necessary.

Each time you ask, even though it may not feel like it, you are actually letting the negativity go. You’re cultivating it, brewing it, feeling it…. and as we’ve already said, if we feel it then we can release it.

This may present itself at the final question, “When?” – you may find that you do want to release what you’re feeling but you’re not quite done with it yet and it doesn’t feel like it’s going to budge.

So let that take you back to the first question – “Could you?” and see if it feels any different.

When you truly have a “yes” response, move to “Would you?”, again as many times as necessary to get to the last stage of “When?” You can go through this cycle for as long as you need to. Take your time. If you become frustrated, or impatient, that will just feed your negativity.

Pull Out the Roots of Negativity

When you feel like you’re becoming comfortable with this process you can get a little playful and curious, and look a little deeper at this beastie and get to its root. There are three desires that drive all of our negative emotions:

Ask yourself which of these desires is at the bottom of your current state? There is no right or wrong answer here.

Two people may be facing the exact same life situation and resulting emotion – let’s say for example they are both angry that their partner has cheated on them, but for one person the negativity stems from a lack of approval and their partner’s seeming bestowal of their approval on someone else and for the other it’s a lack of security and feeling abandoned.

Recognising which of these three desires is powering the motor helps us to begin to disassociate from it. It helps us to see that the break up or the parking ticket may, on the surface, have been the catalyst but our reaction is deeper and a result of past conditioning.

To be able to name it and categorise it takes it out of our unconscious and allows us to look at it more objectively. It also teaches us a little something about ourselves and gives us the chance, at a later time, to ponder what else is malfunctioning in our lives as a result of this particular desire.

If you want to, can you narrow it down to being a desire for approval, control or security?

“Could I let this feeling go?”

If you answer yes to all the questions, great. If at any point it’s a no, go back to the top. Take your time.

So, that in a nutshell is the basis of ‘releasing’. But there is something else we need to talk about, something that, if not done, will scupper your efforts and lead you to throw your hands up in frustration.

These thoughts and feelings, the ones we’re dealing with that have been giving us so much trouble, these negative emotions – they ‘re negative. They’re not nice. They’re uncomfortable, and because of that we don’t want to feel them, we want to stuff them down and eat or drink or do whatever our own particular brand of avoidance is, to spare ourselves the pain of going through them.

The mind tells us that this avoidance is better for us – well, maybe it’s less painful in the short term but we know deep down that this is what’s keeping us stuck.

Instead of picking up some cake or turning on the TV to avoid that nagging emotion that won’t let up, get to a quiet place and feel it.

Can you do that? Could you let it take you over? Are you able to give yourself the gift of honouring whatever it is your body and mind need you to know?

Because if you can, if you can allow it to well up and expand like a supernova, passing through every cell in your body then it will go and leave a cleaner place behind.

Its part of the survival strategy of that little voice in your head to distract you away from the fact that to feel is to let go. The voice is what keeps your issues cooking and sabotages your best efforts because it needs your negativity to stay alive.

But we can be free if we can commit to fully experiencing pain, shame and all their friends, and you might just find that they’re not as big and scary as the voice told you they were. They’re just feelings, and we can take control of them.

At first, releasing might take a little time and practice to get to grips with, but pretty soon you’ll be doing it walking along the street, buying the groceries or doing the dishes. It’s great if you can catch a feeling as soon as it arises, and equally as good if you know there is something you need to look at and schedule time to go through the steps.

What this process is doing is retraining our minds get out of the way and allow us to fully experience our emotions, rather than pushing them away or avoiding them.

It’s clearing the way for inspiration.

Everybody wants to be free and fully able to access our creative gifts – by releasing instead of holding on to our baggage and stepping out of the shadow of negativity we can get our A-game on and get some work done!

GUEST AUTHOR: Adele Ward. As a Communication in Performance Specialist based in the UK, Adele works with performers to help them be free and focused in the present moment. Her website is www.adeleward.co.uk

Using breakthroughs in Neuroscience, Lynn shows people how to attain every goal they set by combining business skills with mental strength so that even when your finances, motivation, emotional state, lack of experience, etc. is trying to hold you back, you can still master how to make money online.
View all posts by Lynn Silva →

Warning: Limiting Beliefs ALWAYS Lead to Theft
When a Bad Day Turns Into Multiple Ones & You Want to Quit!

5 Responses to How to Release Negativity So You Can Get Back to Work!

We use cookies to ensure that we give you the best experience on our website. If you continue to use this site we will assume that you are happy with it.Ok